The Right Way to Play with Elephants in Chiang Mai, Thailand

Elephants seem to be everybody's favorite animal and it's no surprise, these tall majestic creatures with their wet wide eyes and wrinkled trunk that reaches like an arm searching in the dark is as adorable as it is astounding.

When traveling to Asia it is common to see "Ride an elephant" on many bucket lists. But as travelers hoping borders and spending money in new places it's important to know exactly what kind of tourist organizations you're supporting. In developing countries this is even more crucial; the tourist techniques they learn now will expand in the decades after.

WHAT YOU SHOULD KNOW ABOUT ELEPHANT CAMPS

As an avid animal lover I was very wary of these camps set up all around Thailand and especially in the north that offer elephant rides, have elephants painting pictures and doing tricks all for the cheers of Western tourists. What these wide eyed newcomers don't know sitting in the crowd is that they are supporting a hundred year old practice of elephant training that is abusive, cruel and absolutely immoral. 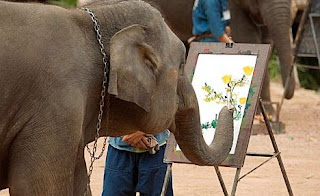 Every elephant working in Thailand, whether he's giving rides at a Hill Tribe Trek or in a camp has gone through what "mahout" (elephant trainers) call the "Phajaan" or "crushing". When the elephant is 3-5 years old they are taken from their mother and with the brutal help of a dozen people are crammed inside a bamboo box. For 3-7 days (however long it takes) the elephant is poked with bamboo posts with nails fixed to the bottom. They are forced to finished a series of tricks; putting their foot inside a rope or grabbing a stick. They are beaten until bloody if they do not do the trick or do it incorrectly. The process is to make the elephant subservient and submissive and through these inhumane tactics, it works. The elephant has been broken and will live the rest of it's life in fear of consequences. He will be cut and beaten often at the hand of the Mahout. There are no words to describe the pain and fear that these elephants go through during their life.

Elephants are everywhere here in Thailand. Regarded as a symbol of prosperity, you can't walk down the street without seeing an elephant in some form. Thailand's elephants very literally built these cities. They were used for thousands of years in the logging company until 1992 when it was banned because of deforestation. Elephants during this time endured an incredible amount of abuse, leading to a 90% decline of wild elephants in Thailand. After the ban, it did not get better for the elephants. They were either abandoned to starve and die, had their tusks cut for ivory products that lead to infection and sometimes death or paraded into the busy streets of cities for tourists. 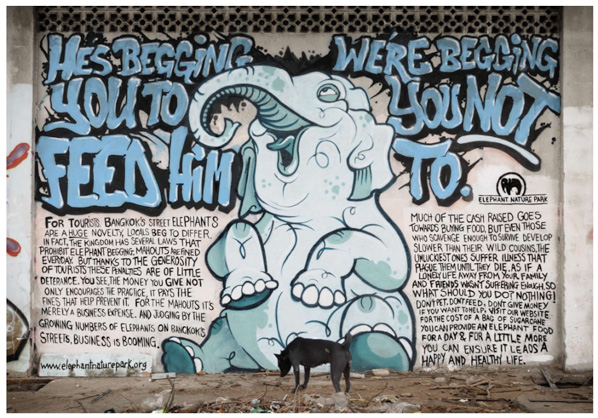 Many Thai's are themselves ignorant of these issues. In class when asking my Thai professor about these issues he explained that Thai's are largely Buddhist and in Buddhism sentient beings, like elephants, are not to be harmed. He said these camps would not abuse elephants because they view them as very spiritual creatures. The facts still stand against this. The elephant didn't poke himself with a nailed bamboo stick, he didn't cut off his own trunks to sell and he didn't flee from his family in the wild to endure a life of abuse at the hands of humans.

The biggest issue it that working elephants in Thailand are not classified as endangered species. Under law, they are categorized as livestock and there are no laws against harming or killing livestock. In addition, Thailand does not enforce many of the illegal ivory trades that still function today. These elephants have no rights. They are bought, traded, abused, abandoned and killed without one blink from the government. Logging is also still legal in neighboring Myanmar which causes issues in Thailand where elephant smuggling has developed.


However, there are a handful of people in Thailand who have dedicated their lives to relieving the terrible plight of the Asian elephants.

A tiny Thai woman by the name of Lek, has started an organization called Elephant Nature Park that rescues working elephants from around Thailand in order to give them a better home, care for their wounds and give them the love they need and deserve. It is a 360 acre haven for the abused. Elephants wander through the grassy fields, take mud baths and bathe in the river. Slowly, Lek is teaching them to forage for themselves.

There are no rides, no tricks and no shows. The way it should be.


Here, visitors, short-term and long-term volunteers participate by feeding the elephants, meeting them and learning their story and finally getting to help bathe them in the river. It's based around education and feeling like you're helping even if all your doing is not harming. There are over 30 elephants rescued by Lek and her small team.


WHAT YOU CAN DO

1. Don't buy legal or illegal ivory products
2. Do not support elephants on the streets parading for food
3. Know that any institution or Mahout that allows riding of elephants, tricks or a show has abused the elephant by inducing it to "spirit breaking"
3. Support institutions that serve elephants and fight against the abuse
4. Do your research! Places will call it a "sanctuary" but it's really a camp where they train the animals by inhumane methods
4. Educate others!

THE RIGHT THINGS TO DO FOR ELEPHANTS IN CHIANG MAI

Posted by Donielle Stevens at 9:30 AM

Nice post! I'm so glad you guys went! You must be on your way home soon?!! I can't wait to catch up and hear about India! We should skype when you get home :) 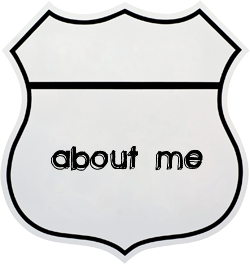 Donielle Stevens
Donielle Stevens began writing after her first trip to Europe when she literally forgot everything she did when she traveled. A bad memory and helicopter parents led her to write down her thoughts and ramblings while abroad. Originally from Reno, NV, Donielle followed a wanderlust heart to Europe and Asia to travel and write. She loves the normal things like photography, reading and art. She loves to chat her mouth off about new findings, adventures and how to get things done while enjoying life along the way. On a Sunday afternoon you'll find her avoiding people by reading a book or playing dead. Donielle has been recognized as a scholar in many ways, but the most important accolades she's received are Best Mutton Rider at the Reno Rodeo at age 4 and Most Likely to Always Have Tape, Scissors and Bandaids. When she's not updating her blog, exploring and planning her next adventure you can find her taking awkward photos of people eating, bragging about how good she is at air hockey or eating obscene amounts of sushi. Donielle is currently in Chiang Mai, Thailand. 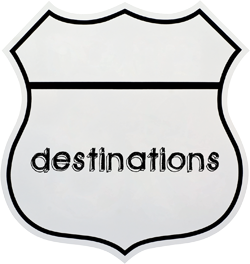 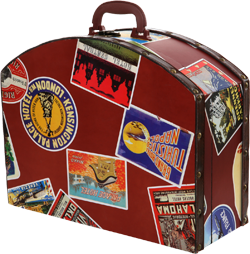 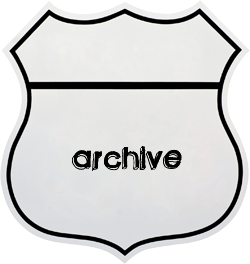